Tihar, also known as Deepawali, is the festival of lights, and Yamapanchak is the second biggest festival in Nepal. It is a five-day-long Hindu festival celebrated, honors Yama (God of Death). We worship crow on the first day of Tihar, which is known as Kaag Tihar in Nepal. The second day is Kukur Tihar. On the third day is Gai Tihar and Laxmi Puja, the goddess of wealth and luck. On the fourth day Hindu people worship ox in the morning and in the Newari community they perform Mha Puja dedicated to themselves. The fifth day is Brothers’ Day when sisters put tika on their brothers’ foreheads and give blessings. In this festival people fully liting up the entire home with electric lights, oil-wick lamps, and candles.

Kag Tihar: The first day of the festival is called Kag Tihar. Crows are worshiped with offerings of sweet dishes placed on the roofs of houses. The cawing of crows symbolizes sadness and grief in Hinduism. Devotees believe that the offerings will help avert grief and death in their homes. It is believed that the crows are the messenger of Yama (God of Death) 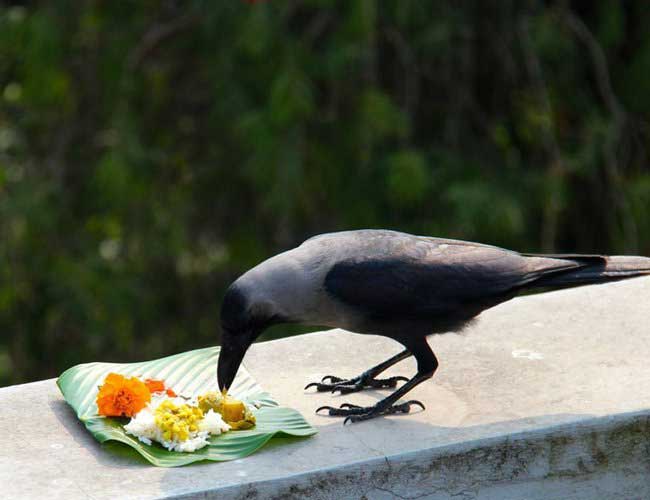 Kukur Tihar: The second day is called Kukur Tihar. People offer garlands, tika, and delicious food to dogs and acknowledge the relationship between humans and dogs. It is believed that Yama (God of Death) owns two guard dogs – each with four eyes. The dogs are said to watch over the gates of Naraka (Hell). Gai Tihar and Laxmi Puja: Early morning in the third-day Cow (Gai) is worshiped. In Hindu society, the cow signifies prosperity and wealth. In ancient times people got a lot of benefits from the cow. Its milk, dung, even urine was used for purposes like purification. Thus, on this day people show their gratefulness to the cow by garlanding and feeding them with the best grass. Houses are cleaned and the doorways and windows are decorated with garlands made of Saya Patri (marigolds). In the evening Laxmi,(Goddess of wealth) is thanked for all the benefits that were bestowed on the families by lighting oil lamps (Diyo) or candles on doorways and windows to welcome prosperity and well-being. At night the girls enjoy dancing and visiting all the houses in the neighborhood with musical instruments singing and dancing known as Bhailo all night long collecting money as a tip from houses and sharing the bounty amongst themselves. 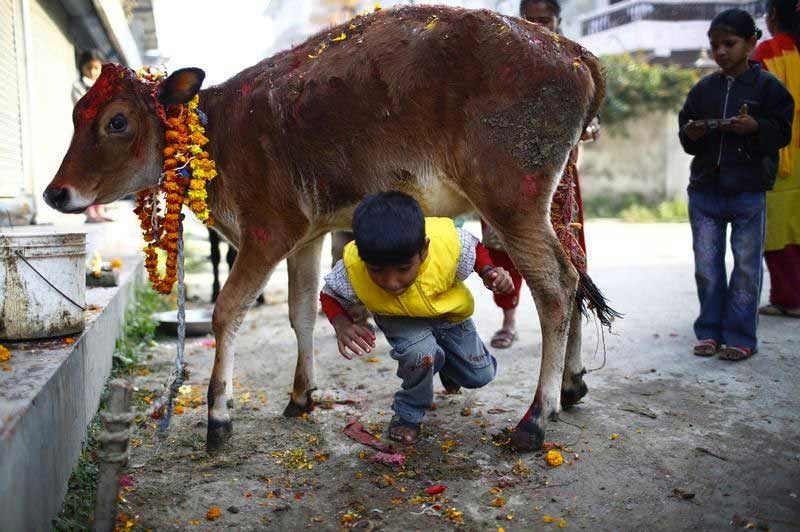 Goru Tihar: On the fourth day of Tihar, there are different types of pujas, it depending on the people's culture. Mainly ox is worshipped on this day by giving different foods. It is observed as Goru Tihar. Newar communities on the night perform Mha Puja (worship of self). This day is seen as the beginning of the new Nepal Sambat calendar year. At night the boys enjoy dancing and visiting all the houses in the neighborhood with musical instruments singing and dancing known as Deusi all night long collecting money as a tip from houses and sharing the bounty amongst themselves. 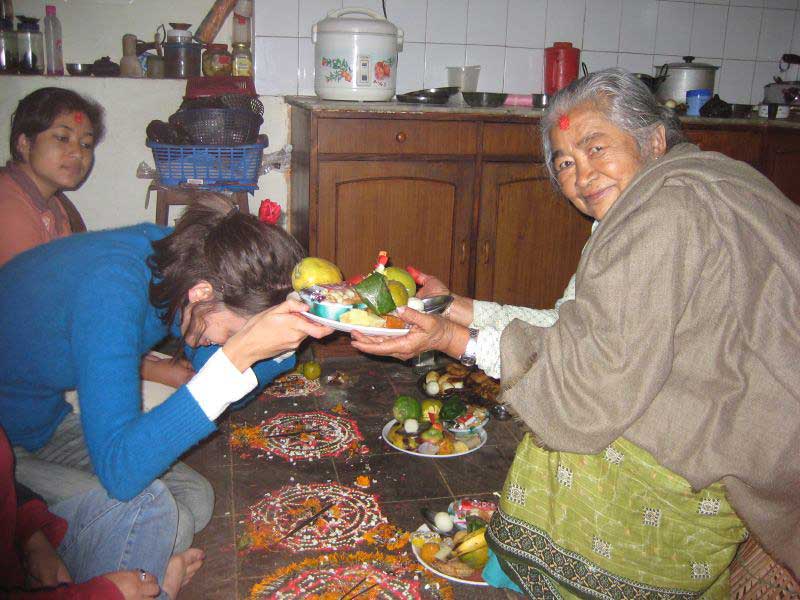 Bhai Tika: The fifth and last day of Tihar is called Bhai Tika. It is observed by sisters applying "tika" to the foreheads of their brothers to ensure long life and thank them for the protection they provide. It is believed that Yama (God of Death) visited his sister, Goddess Yamuna, on this day she applied the tika on his forehead, garlanded him, and fed him special dishes. That day Yama (God of Death) announced that anyone who receives tika from his sister will never die on that day.

The puja follows a traditional ritual in which sisters circle brothers, dripping oil on the floor from a copper pitcher and applying oil to their brother's hair, following which a seven-color tika is applied on the brother's forehead. Next, brothers give tika to their sisters in the same fashion with an exchange of gifts. Those without a sister or brother join relatives or friends for tika. This festival strengthens the close relationship between brothers and sisters. 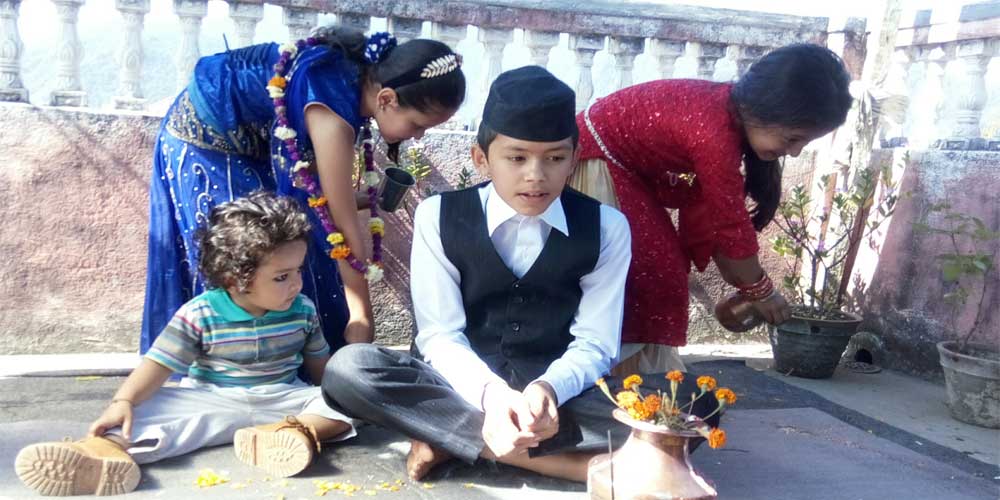